Bass Reeves: A Legend In His Own Time, A Hero In Ours

LITTLE ROCK, Ark., Sept. 9, 2020 /PRNewswire/ — One-hundred-ten years after his death, the story of the first black US Marshal arrives at Walmart in a new comic book published by Allegiance Arts & Entertainment. Kevin Grevioux, actor-writer and creator of the Underworld and I, Frankenstein film franchises, weaves hard-hitting Western action and soulful drama in six chapters vividly illustrated by David Williams (Batman, Superman, Wolverine). Released in bi-monthly installments, Bass Reeves provides a long-overdue look at a legend whose story may be more relevant now than ever. 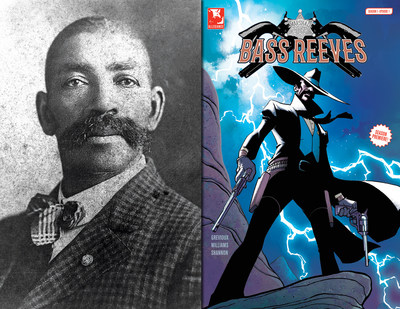 Born into the humblest of conditions, Bass Reeves rose to fame as a paragon of justice, dragging the most hard-core outlaws from the wild and unforgiving Oklahoma Territories. It was terrain he mastered as an escaped slave, along with at least three tribal languages.

As the first black US marshal west of the Mississippi, he literally and figuratively cast a long shadow, using wit and a reputation as a tireless tracker to capture more than 3,000 fugitives, a record that stands to this day. He traded his marshal badge for a police badge at an age when police today are long since retired. And though he was an expert marksman, it is likely his reputation kept the peace.

The first arc in the Allegiance Arts saga draws on Bass’s legendary encounter with a notorious outlaw who wields superstition with a flare that echoes Bass’s penchant for guile. Meanwhile, a fight for the soul of the Reeves family is brewing as a rebellious son threatens everything the legendary lawman stands for. Bass Reeves takes an introspective look at the survival of faith and family in the face of ever-present danger, a tale with increasing relevance in our town time.

Bass Reeves is one of four flagship titles from Little Rock-based publisher Allegiance Arts & Entertainment. The first two blockbuster installments arrived this summer at nation-wide Walmart locations and on walmart.com. Digital editions are available at allegiancearts.com.

Allegiance Arts & Entertainment
Discover a Hero in Every One. 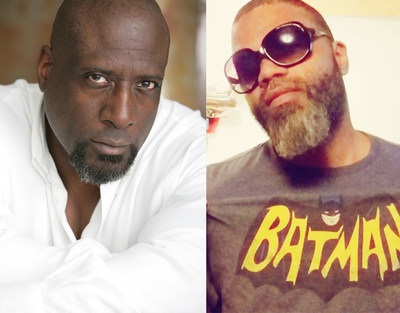 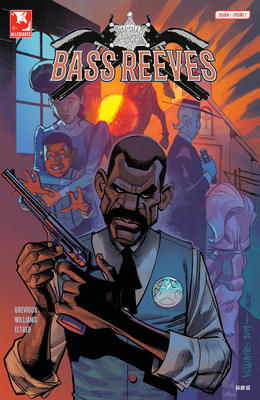