LITTLE ROCK, Ark., Oct. 24, 2017 /PRNewswire/ — A key recommendation of the 1989 WHO Ten Steps to Successful Breastfeeding, which guides the Baby-Friendly Hospital Initiative (BFHI), is: «give infants no food or drink other than breast-milk, unless medically indicated.» This has led to serious complications from accidental starvation of babies, including dehydration, hyperbilirubinemia (jaundice) and hypoglycemia (low blood sugar) — known causes of infant brain injury and permanent disability. This week the WHO issued draft revised breastfeeding guidelines, failing to revise this recommendation. Nearly 500 U.S. hospitals and birthing centers and thousands more worldwide are certified as Baby-Friendly. 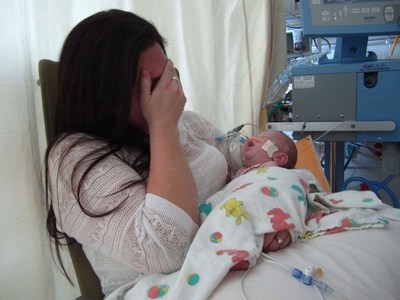 On Sept. 22, 2017, senior members of the Fed is Best Foundation, and guests including  a neonatologist and a pediatric endocrinologist, Dr. Paul Thornton, M.D, lead author of the Pediatric Endocrine Society’s newborn hypoglycemia guidelines, met via teleconference with top officials of the WHO Breastfeeding Program: Dr. Laurence Grummer-Strawn, Ph.D., Dr. Nigel Rollins, M.D. and Dr. Wilson Were, M.D. to express their concerns about the complications from the BFHI, and to ask what, if any, monitoring, research, or public outreach the WHO has planned regarding the risks of accidental starvation.

WHO officials reported that they have not specifically studied the complications from exclusive breastfeeding and have no studies commissioned to monitor complications of the BFHI. The WHO convened a group of global infant nutrition experts last year to review and revise their guidelines, but no one on the panel raised the issue of complications as a priority for discussion. It has been widely assumed that the WHO guidelines have been studied for safety to prevent outcomes such as brain injury from starvation; however, the WHO officials confirmed it is not the case. Jaundice from dehydration and underfeeding of breastfed newborns is the leading cause of newborn rehospitalizations in the U.S., a complication that occurs to 10-18% of U.S. exclusively breastfed newborns according to the Academy of Breastfeeding Medicine.

Dr. Christie del Castillo-Hegyi, co-founder of the Foundation, presented data on the high incidence of the complications from BFHI-certified hospitals and the severe neurological consequences. She implored, «The pressure to achieve exclusive breastfeeding is contributing to an epidemic of infant feeding complications, preventable hospitalizations, unrecognized brain injury, lower academic achievement and long-term disability. Publicly acknowledging the common problem of insufficient breast milk and the importance of supplementation to protect the brain can prevent millions of complications, hospitalizations and newborn injuries. Being fully fed is a basic human right that is not currently met by the standard of care.»

Dr. del Castillo-Hegyi asked WHO officials if there were any plans to inform mothers of the risks of brain injury from insufficient breast milk in order to make sure that they are aware when a child is critically ill at home, that supplementation can protect their child from brain injury. Dr. Rollins responded that this recommendation was not identified by guideline experts as a «top priority.» They acknowledged that the WHO is aware of the complications, stating that the guidelines do include danger signs, such as «convulsions, being lethargic and not being able to feed,» to alert healthcare providers. However, according to the evidence presented, those signs signify that brain injury is already present. BFHI guidelines recommend informing patients of the risks of formula, but do not require health workers to inform parents of the risks of hospitalization or brain injury from avoiding supplementation while exclusively breastfeeding.

In response to this news, Jillian Johnson, a mother and advocate whose newborn son Landon died five years ago from complications of starvation at a BFHI hospital states, «I am appalled by the lack of concern shown by the WHO regarding such an important issue. I shared the pain of losing my son by a senseless practice and they aren’t interested in preventing it from happening to other families.»

The WHO has been accepting comments through October 24, 2017. A full report of the WHO meeting with the Fed is Best Foundation can be found at https://fedisbest.org/2017/10/who-breastfeeding-guidelines-put-babies-at-risk/